Most people live such a good life that we cannot imagine the setbacks that people are facing. Everyone has only two options in life either to accept fate or to aim for more.

Of course, there isn’t anything wrong with either option, but when inevitable obstacles surround us, there seems no option other than giving up on dreams, but sometimes our goals are so mighty we find a way to fulfill them.

Such has been the situation of kabaddi player Deepak Niwas Hooda, who, at a young age, defeated all the odds that came in the way of his dream, which was to play kabaddi.

Deepak Hooda’s journey to the top of kabaddi is full of misfortunes and personal losses, and everyone knows, handling personal losses is way harder than anything else in the world. However, still, Deepak managed it well, as he was determined.

This youth from Rohtak is a motivation for all other aspiring kabaddi players. Let’s check out Deepak Niwas Hooda’s biography.

Deepak Nivas Hooda was born on 10 June 1994 and was brought up in Chamaria town in Rohtak, Haryana.

He lost his mom when he was only four years of age in 1998. Deepak’s dad and sister raised him. 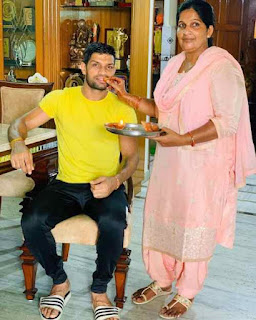 Misfortune struck him again when he had barely become a teenager. Deepak Niwas Hooda lost his dad too just four years after his mom died in 2002.

Coming from a middle-class family, Deepak Hooda didn’t have money to help himself and his sister to sustain, and he needed to begin attempting to help himself.

He was forced to drop his schooling and work as a teacher to earn bread for himself and his sister.

He played kabaddi in the evening. Those years were hard, yet the young chap was determined.

There are rumours that Deepak Hooda and Saweety Boora (Indian Boxer) are in a relationship and both are spotted quite a few times together by paparazzi. 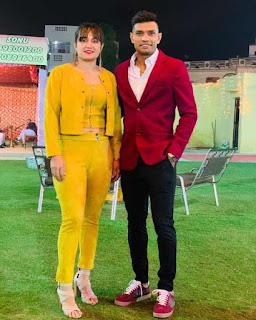 Deepak Nivas Hooda’s father was a farmer; after his death, young Deepak had no choice left except to abandon farming.

He wanted to make his career in kabaddi. He was in 12th class at the time when his father expired.

Due to financial issues, Deepak left his studies and started playing kabaddi.

Deepak Nivas Hooda used to work in a private school as a part-time teacher to meet financial needs.

After that, Deepak Hooda used to go to other villages for practice on his cycle. Deepak did this village to village up-down for one and a half years, which immensely helped him improve his game.

Although Deepak Niwas Hooda is an all-rounder when he plays for Jaipur pink panthers or the Indian team, he says he likes to raid rather than defend in an interview.

Deepak Nivas Hooda made an outstanding debut for India, which every young aspiring athlete would want.

He made his debut for the Indian team in South Asian Games 2016, and coincidentally India went on to win gold in that championship. 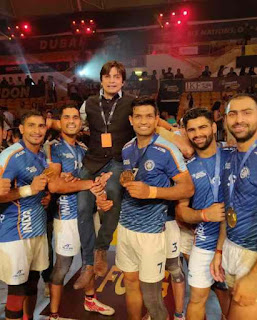 Due to excellent performance at the national level, Deepak Hooda was also added to the Asian Games squad in 2018.

Unfortunately this time, the Indian team was forced to settle for bronze with Pakistan combined. Iran went on winning Asian games gold in kabaddi.

When the Pro Kabaddi League (PKL) started in 2014, Deepak Hooda received the second-highest bid of 12.65 lakh rupees through Telugu Titans.

Then Deepak Hooda was signed by Jaipur Pink Panthers for a lucrative amount of 1.15 crore.

Deepak’s Signature move is Running Hand Touch.
In this move, the raider enters the opponent’s court to raid, and quickly he touches the defender by stretching his hand while running and cleverly escapes to safety. 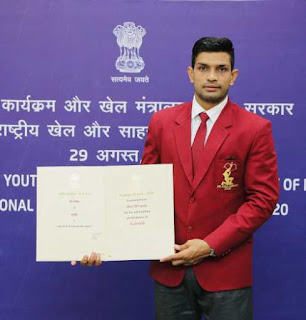 Deepak Hooda’s estimated net worth would be around 10-15 Cr.

Deepak Nivas Hooda is a perfect example of the proverb, “where there is a will, there is a way.”

What are your thoughts on Deepak Niwas Hooda’s life? Do tell us in the comments below !!