Kabaddi is an ancient game that has expanded to many countries to date. Today in this article, we will go into detail about Iranian professional kabaddi player Fazel Atrachali Biography here.
Fazel Atrachali was born on 29 March 1992 in Gorgan, Iran.  Fazel has made a difference in the world of Pro Kabaddi. He is counted among the best kabaddi defenders in the world today.
Atrachali likes to play on the left corner position and can beat even the accomplished raiders.

Since childhood, Fazel had been fond of playing kabaddi and had started playing in his hometown Gorgan, Iran, from the age of just 11.
A few days later, Fazel had to move to his hometown due to some reasons and shifted to another place that affected his wrestling. Due to his determination and hard work, he has managed to establish his own identity today.

He debuted in the Iran Kabaddi Team at the 2010 Asian Games, and later, he got a chance to participate in the 2013 Asian Indoor Games.  The Iranian Kabaddi team handed the captaincy to the defender at the 2014 Asian Games.

He made his debut in the Pro Kabaddi League against Dabang Delhi in Season 2 from U Mumba, got a chance to play 5 matches in the season, and scored 12 tackle points.
Atrachali became a well-known public figure of U Mumba in season 3. He got a chance of 11 matches and scored 32 tackle points and a raid point.
His success rate was 50%, and he became the second-highest scoring defender for U Mumba in the season.
In season 4, Atrachali moved to Patna Pirates and was counted among the league’s best defenders. He scored 52 points by the end of the season in 16 matches, which included five High 5’s and 7 Super Tackles.
Patna Pirates won the season 4 title, and Fazel received the Best Defender Award. 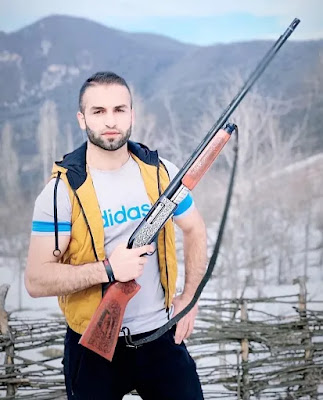 In season 5, a new franchise, Gujarat Fortune Giants, bought Fazel and added him to the squad.
Fazel got a chance to play 24 matches and made 57 tackle points to his name, which included five High 5’s and three Super Tackles with a strike rate of 57.57.
He led the Fortune Giants until the final match and faced defeat against Patna Pirates in the final.
Seeing Fazel’s performance going well, U Mumba re-signed him in the Season 6 auction and gave him the captaincy.
In the Best Defender of the Season race, Fazel came third with  83 tackle points behind Nitesh Kumar and Parveen Bhainswal.
The defender was retained by U Mumba in PKL Season 7, and he led his team to the semi-finals.
Unfortunately, in the semi-finals, U Mumba lost the match against Bengal Warriors.
Atrachali enjoyed the entire season and continued his performance, and became the Best Defender of the season with 82 tackle points.
His best performance was against Haryana Steelers, where he scored eight tackle points.

Fazel often shares photos of his daughter on social media, so let’s now see Fazel Atrachali Wife and his daughter’s photos shared by him on Instagram.

Dash – To apply this kabaddi move, the defender sprinting across and applying his full momentum force on the opposite raider and taking him out of the mat area. 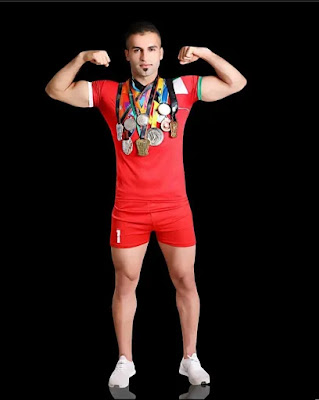 He is a very experienced and determined player who can win every match for his team.
We hope you have liked this Fazel Atrachali Biography.  If you have any suggestions, feel free to give us your opinion in the comment box.
Share
Facebook
Twitter
Pinterest
WhatsApp