Hanuma Vihari is an Indian International Cricket Player born in one of the Telugu speaking state, Andhra Pradesh  (Kakinada).

He is considered very calm and serene, the same as one of his ideal VVS Laxman. He started playing at a young age and was also part of the 2012 U-19 World Cup-winning team.
His domestic career is as bright as a star leading him to the Test side of the Indian Team. Over a while, he has been very consistent and has continuously performed well.
His life outside the cricket is not known much as he is not very spoken about personal life, he is very conservative.

Recently completing his 6th Test game against West Indies, he is confident enough to rise and shine in the coming years.

Vihari was born on 13th October 1993 in the Coastal area of Kakinada in Andhra Pradesh.

His love for the game was from the age of 5, which forced his parents to move from Godavarikhani, a neighborhood of Ramagundam, to the city of Hyderabad.
His childhood was not a roses bed; he lost his father at a very young age of 12, with no economic support behind.
Even with minimal financial support, his family sent him to the best coaching academy in the city.
With all the situations against him, he continued playing cricket with great passion.

His love for the game has made him an excellent successor of legend VVS Laxman. 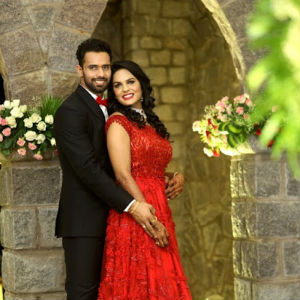 Hanuma Vihari hails from a middle-class family of Andhra Pradesh, and his family members include his mother, Vijayalakshmi, and an elder sister. His father, Mr. Satyanarayana Vihari, passed away when Hanuma was 12 years old.

Even though he had no economic support, his mother managed his father’s pension very nicely to run the household and provide coaching to him.

In May 2019, he married his longtime girlfriend, Preetiraj Yeruva.

Hanuma Vihari was a part of the 2012 U-19 WC winning team. He played 6 games in the tournament and scored 71 runs.

This tournament was not a good one for him, but this doesn’t stop him from playing cricket. He stood back, honed his skills, and came back strongly.

In 2013, he was recognized and called up for the squad of Sunrisers Hyderabad in IPL. His first game didn’t go well, but he was the man of the match in his very second game of IPL.

He played well with both bat and ball and dismissed Chris Gayle for one run score; he was the first non-regular bowler to do so. 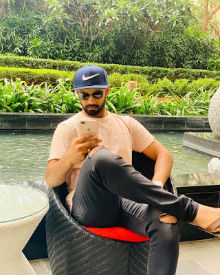 Vihari started his local career in 2010 with Hyderabad. He was a prominent middle-order batsman for the team.

In 2016, he shifted to Andhra and played for them in domestics. With his consecutive excellent performance, he was called for India A in 2017.
After joining Andhra, his career graph never came down. In the 2017-2018 Ranji Trophy tournament, he was the highest run-getter for Andhra; 752 in 6 innings.
He also scored his career-best 302 not-out in this tournament against Odisha.
He finished the domestic year 2017-2018 with a whopping total of 1056 runs.

His hard work and perseverance were recognized later, and he was a regular player for India B.

The year 2017 was remarkable in terms of domestic career for Vihari.
His determination was recognized in the year 2018 when he was called for his first International Test series against England for the last two matches.
He made his debut in the fifth match of the series, where he scored a half-century (56 off 126 balls).
Later on, his consistent performance in the domestics made him the first contender for the Test series against West Indies in August 2019. Vihari scored a crucial 93 in the second innings of the first match of the series.
In the second match of the series, he played splendidly well and scored his first century.
He also scored a half-century to lead India to win the game by 257 runs; he was awarded the Man-of-The-Match for this test.
Vihari was complimented a lot after the series; in one of the press conferences, Captain Kohli stated Vihari as the calmest and responsible batsman.
Hanuma Vihari is not much active on social media but keeps posting occasionally.
He is on Twitter, Facebook, and Instagram.
Hanuma Vihari Twitter Account:

Hanuma Vihari, the 26-year-old Indian Cricketer, is now a household name after the recently concluded Test Series against West Indies. He scored 289 runs at an average of 96.33; he was the highest scorer of the series.

These young lads’ recent stats are not enough to describe his hard work, temperament, and perseverance. But these stats clearly depicts the future of Indian Test Cricket.

Hanuma is a very passionate cricketer right from the beginning of his career, regardless of the problems he faced. He is a sheer example of patience and positive intent.

Vihari has achieved the right name in the Team, and he will continue to do the same.